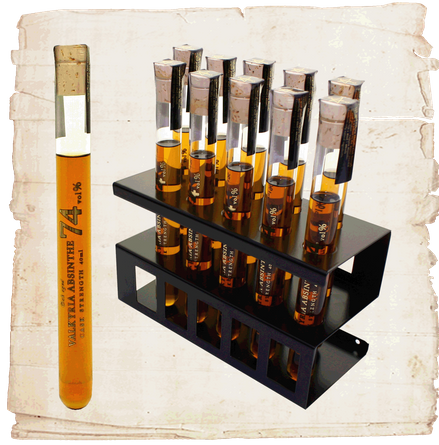 Was the 3rd edition of the exclusive oak aged Valkyria Absinthe. This time there was only 88 boxes released in this years batch. For the first time Valkyria had been on oak barrel for 1½ years and was sold at cask strength at 74vol%! But it was the best one yet and perfect with a cupple of ice cubes! New for the 3rd edition was also to sell it in a box whit a with a luxurious metal stand and 10 glas testtubes! Each test tube was hand filled, labled and sealed with natural cork by the distiller.

They sold out in 3 hours.

The Absinthe had been stored on a small barrel of Swedish oak to get an amber glow and mix the wonderful absinthe taste whit the vanilla tones from the oak barrel. The alcohol content was put at  alc.  74% by vol, Cask strength!

The reason, besides that it lookes awesome, is that you can drink one test tube (40ml) and leave the other tubes unopend! So you don´t break the entire batch but you can still enjoy a tube or two.

If you were not lucky enough to get hold of one of these exclusive boxes from the first batch or the Second batch named "Second Release" there will soon be an opportunity again. But as the last two batches there will not be more that around 150 boxes 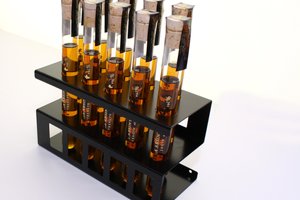 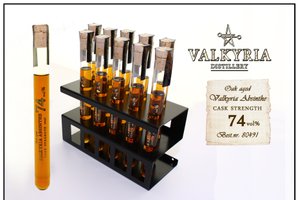 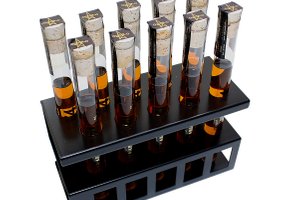