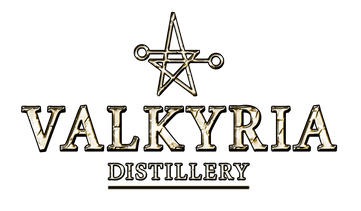 Valkyria Distillery has won alot of awards over the years for it amazing products and received high praise from well respected taste experts, here below are a few examples

The story begins in the fall of 2010 in Borlänge when Henrik Larsson and a friend sat and talked a Sunday morning after a party night out on the town .. Tired and in all honesty, quite bored of the routine life was like at that time came the question of "What should one do with the life then?". Henrik, who for a time toyed with the idea of starting production of absinthe in Sweden asked what he thought about it. He loved the idea instantly!

The idea to become the first producer of absinthe began to take shape and now needed a location for the purpose. After looking at a few different options that were all from disused school kitchen to an old mental hospital but nothing seemed right until the idea of that it was a church that should be converted to the distillery. Something, like absinthe, had never been done in Sweden before!

After looking at nearly 10 different churches around the country it was decided that the best church for the purpose was "Saint Ann's Church" located in a small town called Stråssa. It was purchased in February 2011 and now began a time of permit applications and renovations to make building optimal for the distillery. This was finished after a lot of hard work during the summer of 2011 and now started a process of producing the shimmering green drink also known as absinthe!

The product, named Valkyria Absinthe, was ready at the end of the year was launched at Systembolaget (Swedish monopoly)  in December 2011. With its alc. 68% by vol. was then the strongest Swedish beverage produced and sold at Systembolaget, the first distilled absinthe ever in Sweden and the first spirit that is produced in a former church!

Valkyria Absinthe pushed the boundaries of what is possible to produce in Sweden, something to be very proud of. Valkyria is a product of absolute world class as it has proved by winning competitions both nationally and internationally and is increasing in popularity with each passing year, and has even begun to get its breakthrough abroad through the sale of border trade shops by Fleggard & Calles Border Shops in Germany. Valkyria is now also in the Czech Republic, Finland and in selected Åland Islands Ferries and SAQ (Monopoly in Canada).

Following the success of Valkyria Absinthe the destilley started producing liqueurs and schnapps with the same super premium quality, all can be ordered through Systembolaget in Sweden. The absinthe can be ordered internationally through Absinthes.com

The company changed its name:

The company was formerly known as Sankta Annas Bränneri (St. Anna's distillery) but switched to Valkyria Distillery, the reasons for the name change was partly to make it easier for sales abroad. Valkyria Distillery is more understandable than to use the Swedish word "bränneri" internationally of course and need no explanation. Valkyria is furthermore a trademark owned by the company for a long time. Sankta Annas Bränneri  was a name that was given to the firm after the church that had the name Sankta Annas Kyrka (St. Anna's Church), and with the move from said local to them new headquarters in Dalarna, a change of name seemed in its place.

As mentioned above, the distillery has moved from the church in Stråssa. The church was a fantastic building that I have been very satisfied with. The problem was that it was very remote and it was tricky to get together tastings, logistics, and not to mention that family and friends became a lot harder to visit.

In May 2015 Henrik Larsson also took over the position as CEO and by purchasing all the shares in the company and become its sole owner. Henrik native to Dalarna felt then that it was a perfect opportunity to also move the distillery home and build it up again in Mockfjärd. Something that was done in the summer of 2015, and now the new distillery is up and running!

To hear the entire story you can book a tasting